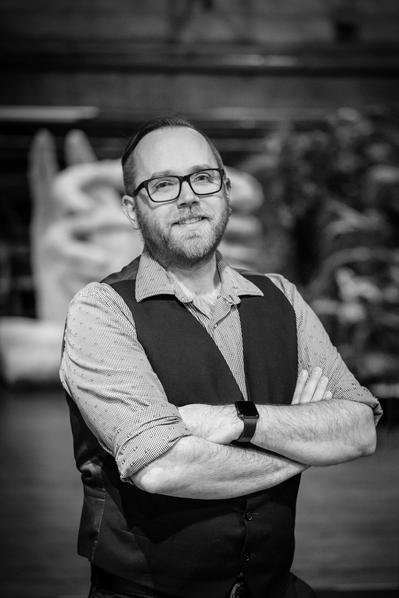 Ryan was born and raised in the Comox Valley on Vancouver Island, and has been an avid theatre lover and participant from a very young age.  His first big exposure to musical theatre came at age 7 when his mother, Charleen, took him to Vancouver to see the touring production of "Phantom of the Opera".  He's been hooked ever since!

Ryan has been participating in the performing arts throughout his life.  He enjoyed music classes and plays in Elementary School, and participating in the variety of theatre, directing, and choral classes while attending Vanier High School in Courtenay.  This love of the performing arts encouraged Ryan to enter into the music program at the University of British Columbia.  There Ryan earned a degree in Music (voice) and a degree in Education.  He has been teaching in the Burnaby Public School System since his graduation in 2007.

Ryan's love of musical theatre has encouraged him to share his passion with the students at the schools he has taught at. He both directed and musical directed a number very successful musicals, "Joseph and the Amazing Technicolor Dreamcoat" (2011) and "Seussical the Musical" (2014) at Rosser Elementary, "Lion King (2018) at Gilmore Community School, "Aladdin JR" (2017), "Beauty and the Beast JR" (2018) and "Mary Poppins JR" (2019) with MMP.

Ryan is very excited to be branching out with Moving Mirror Productions and offering the after school programs to encourage students to develop their love of the performing arts.